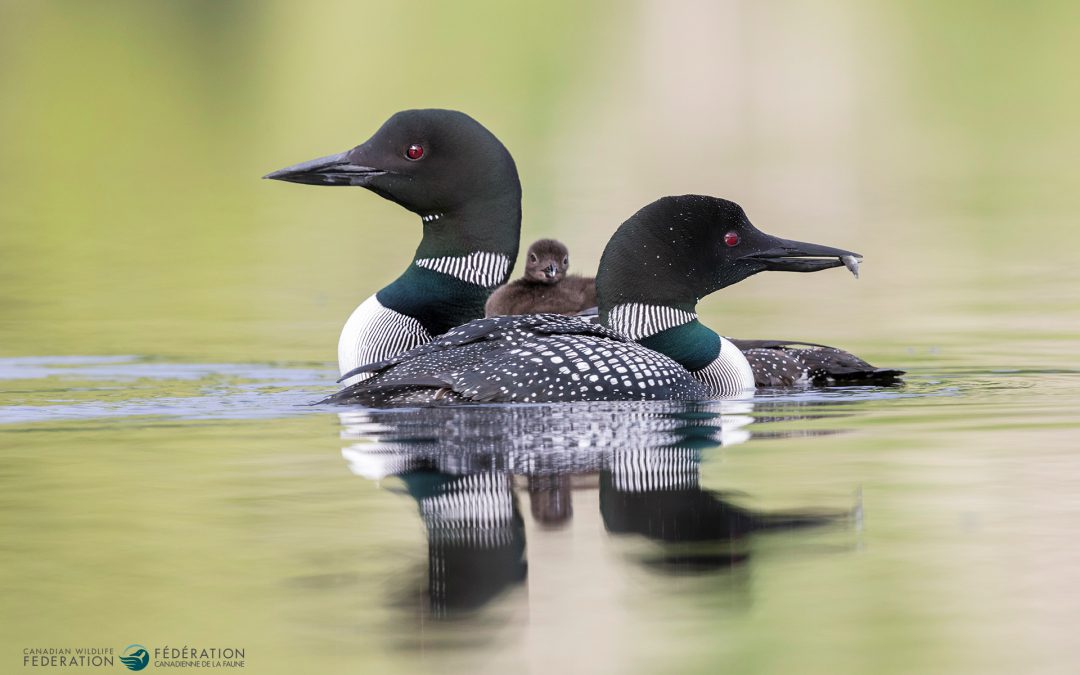 Mention Common Loons and images of pristine lakes echoing with the enchanting calls of these beloved water birds probably comes to mind.

However, recent data reveals a cry for help might be necessary to save this iconic Canadian species.

While declines have occurred throughout most of Canada, rates of decline are not uniform across the country. The greatest declines happened in the Atlantic provinces. Since the early 2000s, loon productivity has dropped below 0.48 young per pair per year. While declines occurred in British Columbia, Ontario and the Prairie provinces, they aren’t as severe, with productivity remaining above the 0.48 young per pair per year threshold for most years. Things are a little better for loons living in Quebec lakes – their productivity seems to be holding steady.

Let’s look at some of the apparent risks faced by Common Loons and see what the Canadian Lakes Loon Survey data had to say about each of them. 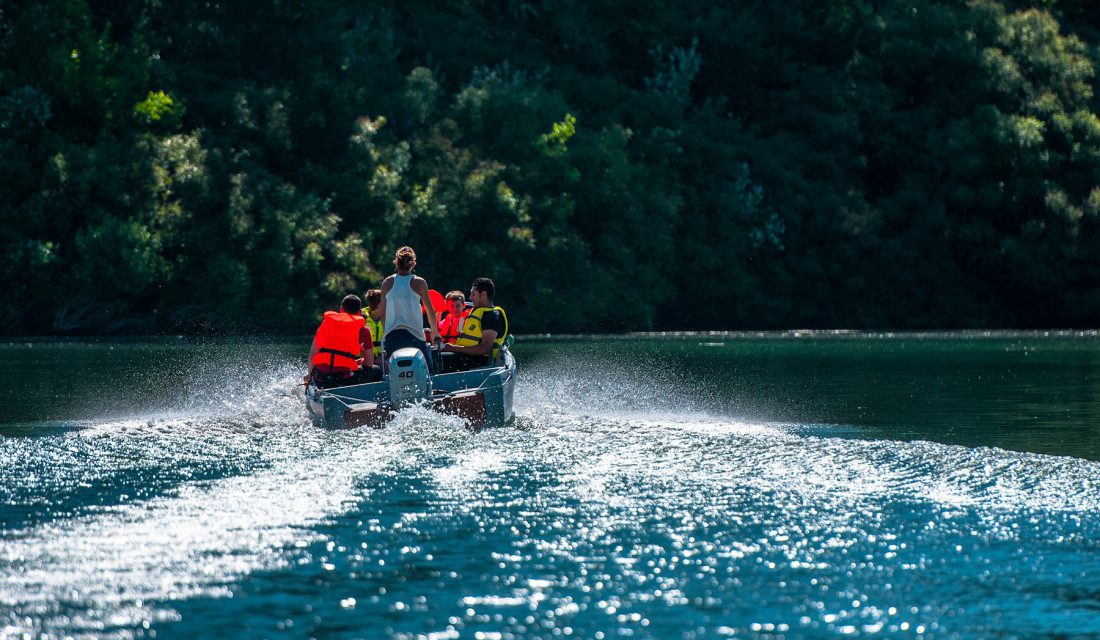 We know that shoreline development and boats pose significant risks to loons. While a natural shoreline provides nesting areas and helps to keep predators at bay, a developed shoreline can destroy nest sites and makes the area more attractive to predators. Boats can injure and kill both loon adults and chicks and boat wakes can wash out their nests. While high levels of shoreline development and boating can substantially reduce the number of loon pairs on a lake, turns out they’re not the main threat. 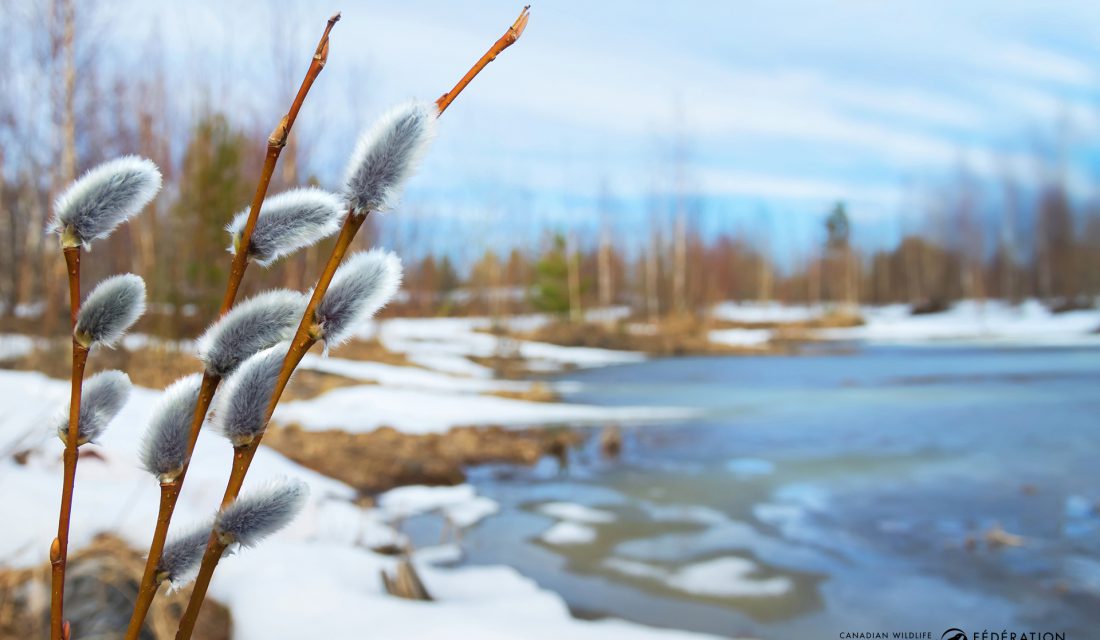 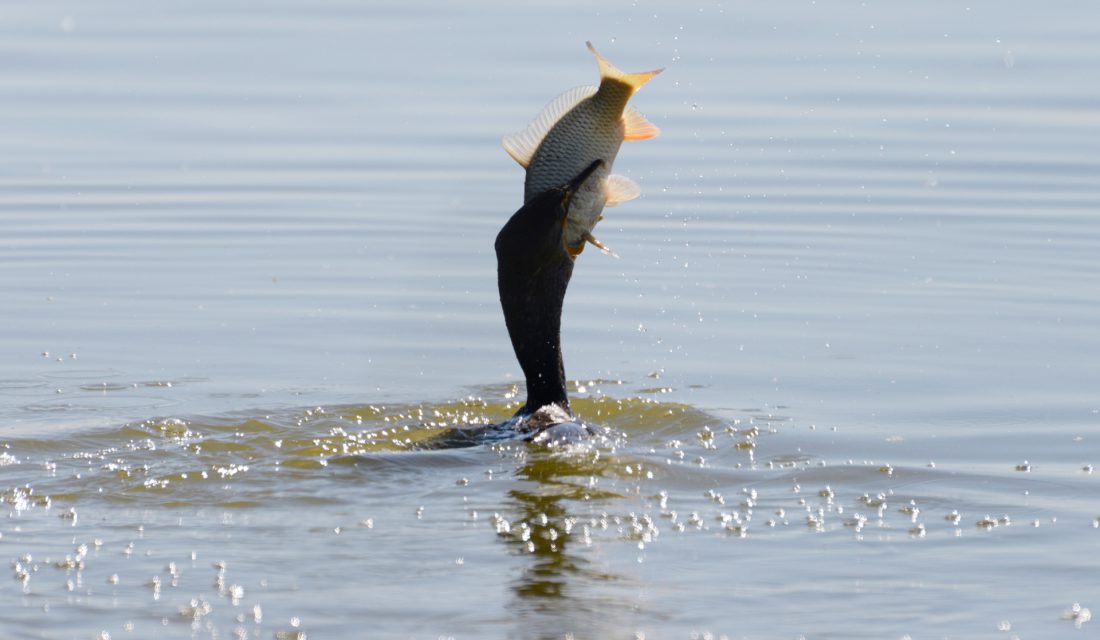 According to the Canadian Lakes Loon Survey data, eagles and cormorants are not having a negative impact on loon productivity. It was thought that eagles, which prey on loon eggs and their young, and cormorants, which may compete with loons for fish, might be having an impact on loon productivity. Turns out this isn’t the case. In fact, lakes with Bald Eagles and Double-crested Cormorants actually have better loon breeding habitat. Perhaps it’s because eagles and cormorants are found on lakes with lots of fish which are a key part of a loon’s diet.

In truth, it may be a combination of the next three factors affecting loons the most: 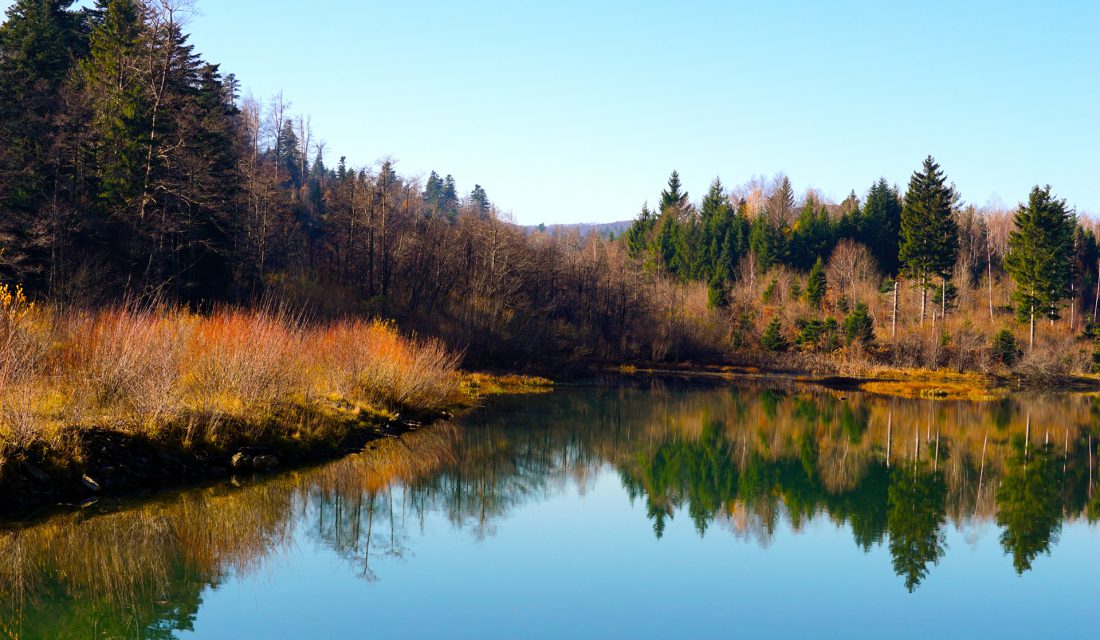 Acid rain impacts loons in a couple of ways. First, acid rain and the toxic metals associated with it limits fish growth, reproduction, and survivorship. This means there is less fish for young loons to feed on. Secondly, high acidity is linked to an increase in the amount of mercury in the food chain. Because loons are top predators, they are put at an even greater risk from mercury toxicity in acidic lakes. The Canadian Lakes Loon Survey data agrees. Their data shows that loon productivity was definitely lower over time in more acidic lakes. What’s surprising is that Canada and the U.S. have seen significant decreases by as much as 90 per cent in the pollution that causes acid rain and many of Canada’s lakes are not as acidic as they used to be. However, loons are raising fewer young on more acidic lakes. While it’s not clear why, it may be connected to mercury and climate change. 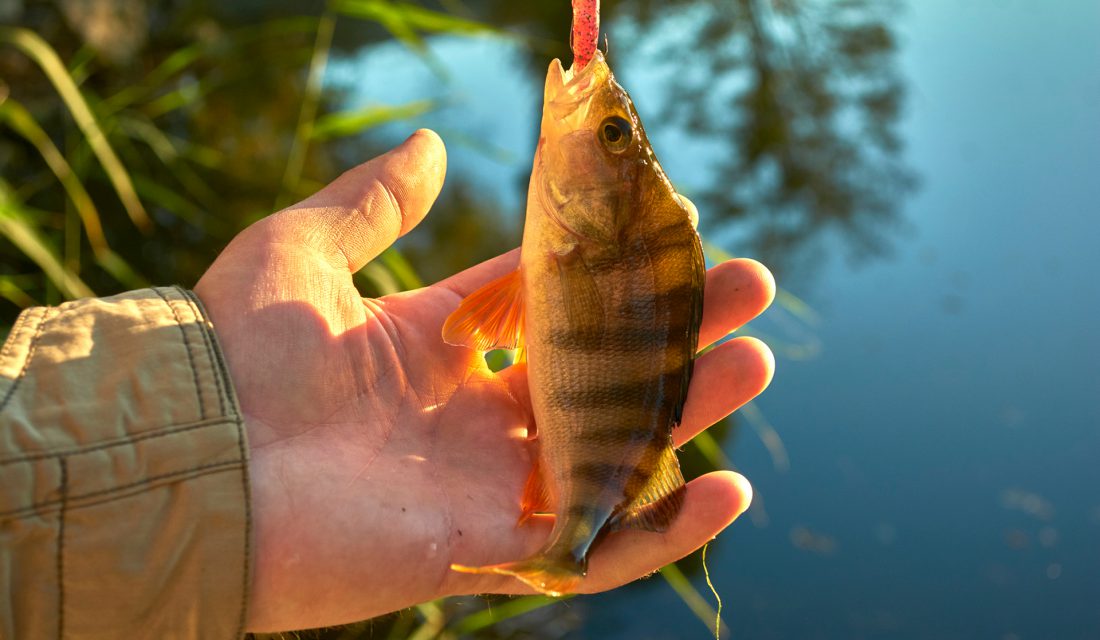 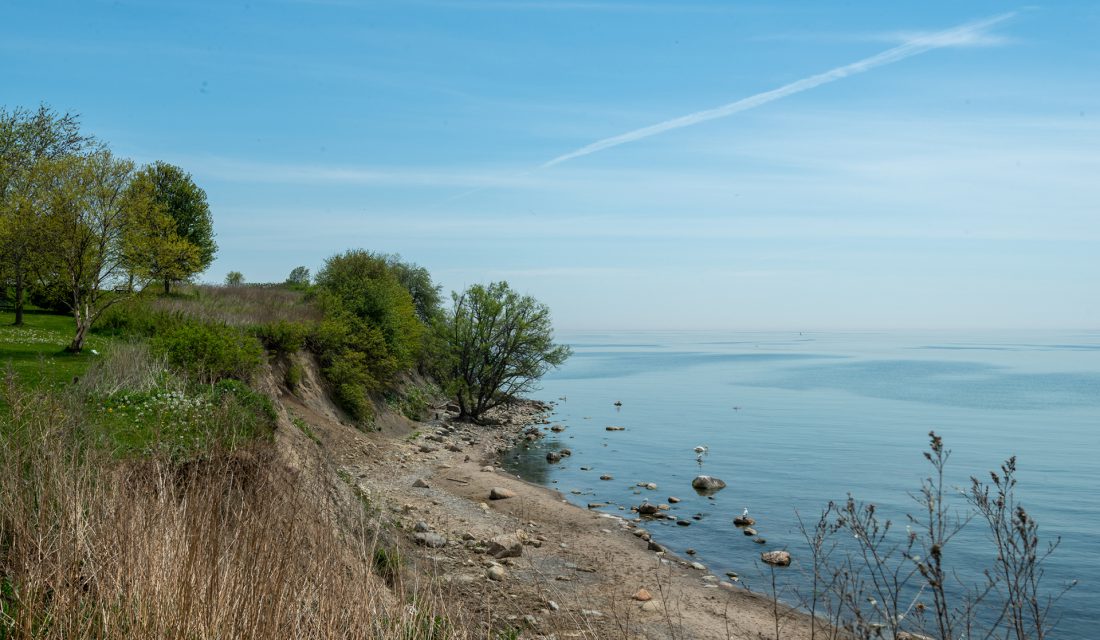 If predictions for changes in water levels and increased lake water temperatures are correct, then climate change could exacerbate the issues with acid rain and mercury. When water levels recede, lake sediments are exposed to oxygen and various chemical reactions take place. When water levels return to normal, the result is an increase in acidity. When lakes become more acidic, it causes an increase in the activity of methylating bacteria which results in more mercury in both fish and loons. Additionally, as water temperatures increase, the activity of methylating bacteria is further enhanced which further increases mercury levels in fish and loons. As climate change results in higher water temperatures and changes in water levels become more common, loons will be exposed to more mercury which will result in increased declines in their productivity. 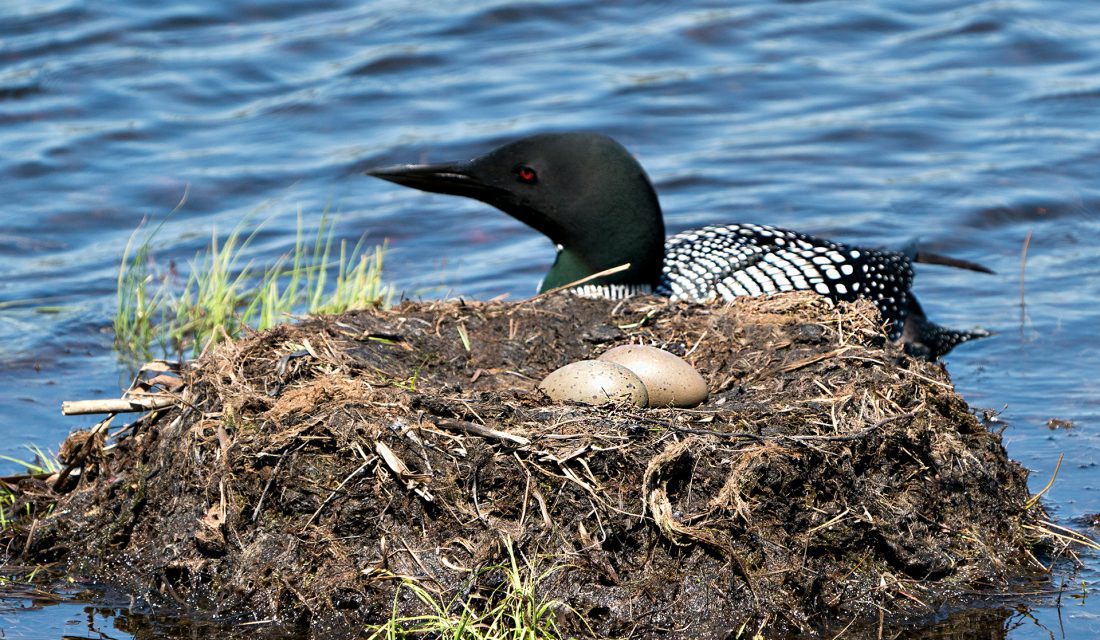 This doesn’t have to spell the end though for this beloved bird. There is still time to turn things around. Canada has an estimated Common Loon breeding population of 240,000 pairs who, on average, are producing more than the 0.48 young per pair per year – and that’s good news to hang on to. We just have to make sure they stay above that threshold – and we can all play a role! How? Check out the suggestions below and see how you can help:

Try to reduce your ecological footprint. By doing so you can help reverse the impacts of acid rain, mercury, and climate change on loon productivity.